This building in the heart of City Center of Carteret shall provide essential services to the community. It is the 1st private investment in 50 years in this Downtown area part of ongoing $100 million in this Redevelopment zone (LRABD).

A range of market, socioeconomic, environmental, and traffic studies, and a number of community meetings held in 2000, established that the majority of buildings in the LRABD were “substandard, unsafe, unsanitary…. and conducive to unwholesome living or working conditions.” In 2003, a Redevelopment Plan was approved for the LRABD, calling for the demolition of approximately 40 structures within 8.5 acres to make way for new mixed-use development. Kaplan was designated the developer in 2004, and completed plans for a $65 million community comprised of over 300 luxury “Brownstone” style townhomes, along with shops and eateries. The project will be complemented by Carteret’s $7 million in Streetscape improvements.

According to the Borough’s Redevelopment Agency, the 14 businesses that were operational preceding the project have been relocated, or otherwise financially compensated. In the Fall of 2007, Supreme Cleaners, who had become popular among residents through the quality and affordability of their services, began working with Mayor Reiman, the Carteret Redevelopment Agency, and the Office of Economic Development to relocate. By the end of 2007, the business had found a new home at 47 Washington Avenue.

Washington Avenue represents another business district being revitalized through local redevelopment strategies, along with grants and loans made available through the town’s Business Partnership. In October 2004, the Borough Administration approved the Washington Avenue Façade Renovation Program, calling for aesthetic improvements to existing structures, complemented by $2.2 million in Streetscape enhancements. Lower Washington Avenue was declared a Redevelopment Area in March 2006 by the Planning Board. Since then, 13 businesses have received façade improvements including new awning, outdoor lighting, windows, and signage, as well as the addition of 31 parking spaces. The Borough has also relocated several of its bus stops to this thoroughfare, establishing it as a commuter hub along with its mixed-use amenities.

Our Project the Carteret Professional Plaza is the 1st Project privately funded in this Redevelopment zone in 50 years. The Context is well explained in Mayor Dan Reiman’s 2015 State of the Union address

“This time last year I announced that the Borough was in negotiations to acquire the former Ritz Theatre.  This year, I can report that property acquisition is complete, interior demolition and preparation has begun and design work has entered the final phase.

Having partnered with the Middlesex County Freeholder Board on this acquisition, we are now on target to see the restoration and expansion of this regional landmark, the cornerstone of our Arts District, will begin full reconstruction this fall.

When completed, residents from Carteret and the surrounding region will be able to enjoy plays and concerts in a state of the art 1400 seat performing arts center.

More importantly, the restoration of this theater will solidify Carteret’s position as a regional destination and will provide an economic infusion to support area businesses and our local economy.

The impact is already being seen.

This development known as Meridia Cosmopolitan, will provide new housing options to young professionals and artists and further support the local economy.  And, the planned restaurant with a rooftop bar featuring a view of the Manhattan skyline will provide theater goers, local residents and shoppers a unique dining experience.

Architecturally, the Meridia project at 40 Washington will bring a completely new design to Carteret that will transform the look of this older commercial corridor into a vibrant bustling and modern downtown.

Across from Meridia, the Business Partnership will soon begin construction on a new parking facility to serve the growing business and residential community.

Once completed, the facility will also pave the way for construction to begin on the previously announced mixed use residential development at 29 Washington Avenue.

Because of our aggressive work in the area of economic development and the vision we have shared, people are investing in the Washington Avenue Arts District.

And businesses are making investments throughout Carteret.

Through our business recruitment and retention program Our business community continues to grow……..

Construction is also nearing completion on the new Medical Arts Building on Washington Avenue.  When we cut the ribbon on this project, Carteret residents will have access to top rated medical care in a state of the art facility right across from Investor’s Savings Bank, which has been a great partner in building our community.”

Highlights of his address included:

A press release a while ago from the Mayor’s office shines light on the Mayor’s thoughts when it was going to start Construction:

Mayor Reiman has announced that the Carteret Redevelopment Agency and Borough Planning Boards have approved plans to redevelop a portion of Washington Avenue for use as a Medical Arts Building. The property, located on Washington Avenue between Atlantic Street and High Street, has been vacant since the former unused structures were removed last year.

The Carteret Medical Plaza, to be located at 125 Washington Avenue, is proposed to be a four-story medical facility, fully compliant with the current Americans with Disabilities Act (ADA).  The building will feature a modern facade using large arched windows complimented with brick, stone and stucco as exterior finishing materials in earth tone colors.  The interior of the building will include approximately 10,000 square feet of space (2,800 square feet per floor) of professional medical space.

“An important facet of our Washington Avenue Redevelopment Plan has been to diversify the range of commercial resources and professional services available to residents,” Mayor Reiman stated. “As part of our mixed-use redevelopment, the Medical Plaza will provide new health services to area residents and play an important part in emphasizing Washington Avenue’s value as a destination for businesses and consumers.”

The floor plans of the medical plaza include doctors’ offices, exam rooms, a waiting room, and a reception area.  The first floor will also include a common lobby area and a stretcher-compliant elevator. The second and third floors will be completed as “vanilla boxes” ready for future tenant fit-outs, intended to host additional medical services. “An important part of our redevelopment agenda has been to introduce a variety of new services that were formerly lacking in particular business districts,” Mayor Reiman added. “The Carteret Medical Plaza will ultimately provide residents with immediate access to a range of medical services under one roof, and tie into the continuing redevelopment of Washington Avenue and our Town Center.”

Our company PK Architecture was also the Architects for the Veteran’s Housing project on 22-24 Washington Avenue a few blocks down the road which converted an almost condemned building into State of the Art Veteran’s Housing with Solar panels on the roof supplying hot and electricity. This building “Lisicki Apartments” was named after and inaugurated by the former U.S. Commander-in-Chief of Veterans of Foreign Wars Commander George Lisicki also a resident of Carteret.

All this is only in the immediate area. Just a few blocks down there exists the RWJ Fitness and Wellness center, Town hall, other housing on Roosevelt avenue.

I believe a plan was approved to connect Carteret not too far from here with Manhattan via a ferry. People living in Carteret would have quick access to New York City and vice versa.

So this project, Carteret Professional Plaza in the heart of a great development growing fast will provide essential services in the City Center right next door. As such it is a great asset and will improve the Neighborhood, Municipality and the Region significantly.

Ground breaking happened on Jan 29th 2014. Construction is now about 97% complete on this building, with parking lot and landscaping being finished and some cleanup on the inside. It is expected to be finished in the next few weeks. It is a three-story medical and possibly other offices facility, fully compliant with the current Americans with Disabilities Act (ADA).  The building will feature a modern facade using large arched windows complimented with brick, stone and stucco as exterior finishing materials in earth tone colors to create an aesthetically pleasing look.  The interior of the building will include approximately 9,400 square feet of space (2,800 square feet per floor).

“Carteret Medical Plaza will marry the high functional needs of a medical facility with aesthetically pleasing interiors and exteriors that will enhance the doctor/patient experience of its users and the local community,” stated Paritosh Kumar, President of P.K. Architecture LLC.  “The Architecture of this medical plaza will serve as an inspiration and raise the bar for a new design standard in the area.”

The first floor plans of the medical plaza include among other areas two doctors’ offices, seven exam rooms, waiting room, reception area, a computer server room.  The first floor will also include the main and rear entrances, common lobby area, a stretcher compliant elevator, two stairways and fire exits which will service all floors of the medical plaza.   At this time, the second and third floors will be completed as “vanilla boxes” ready for future tenant fit outs.  The entire building will be fully wheelchair accessible and the outside will include curb ramps for easy access.  The plaza will share the parking (34 parking spots) with the adjacent Church in addition to existing on-street parking. 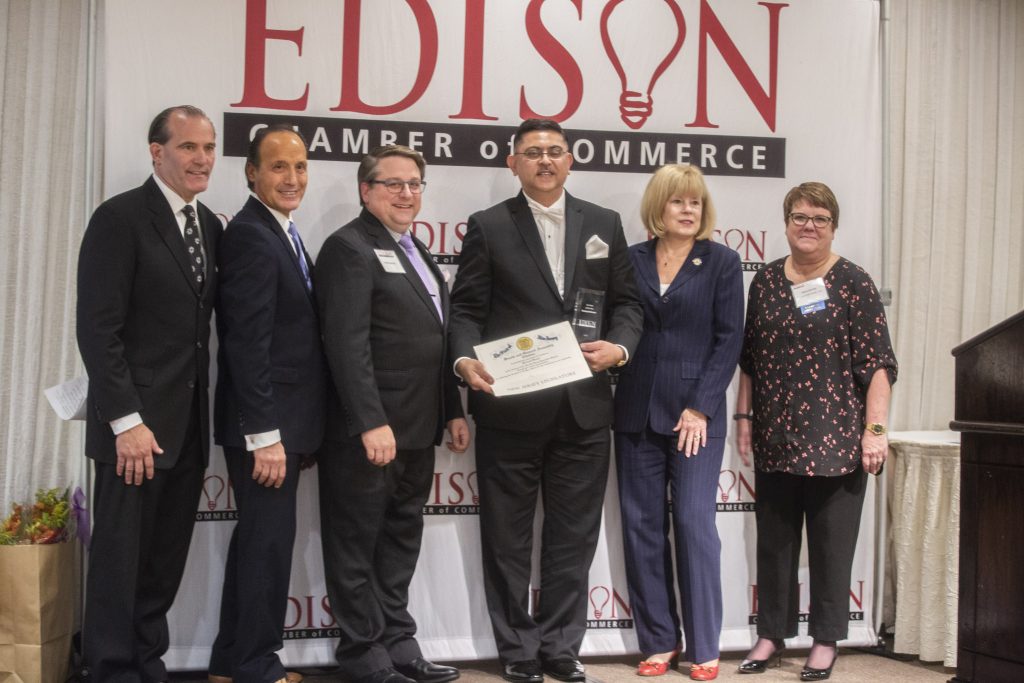 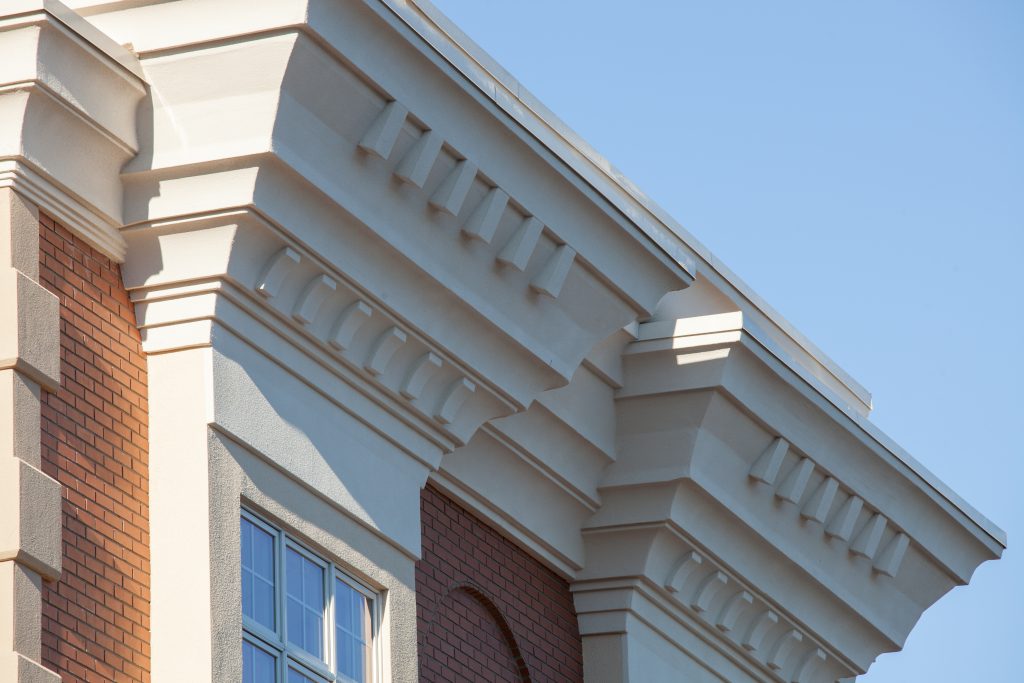 Get an easy free consultation today with this questionnaire! 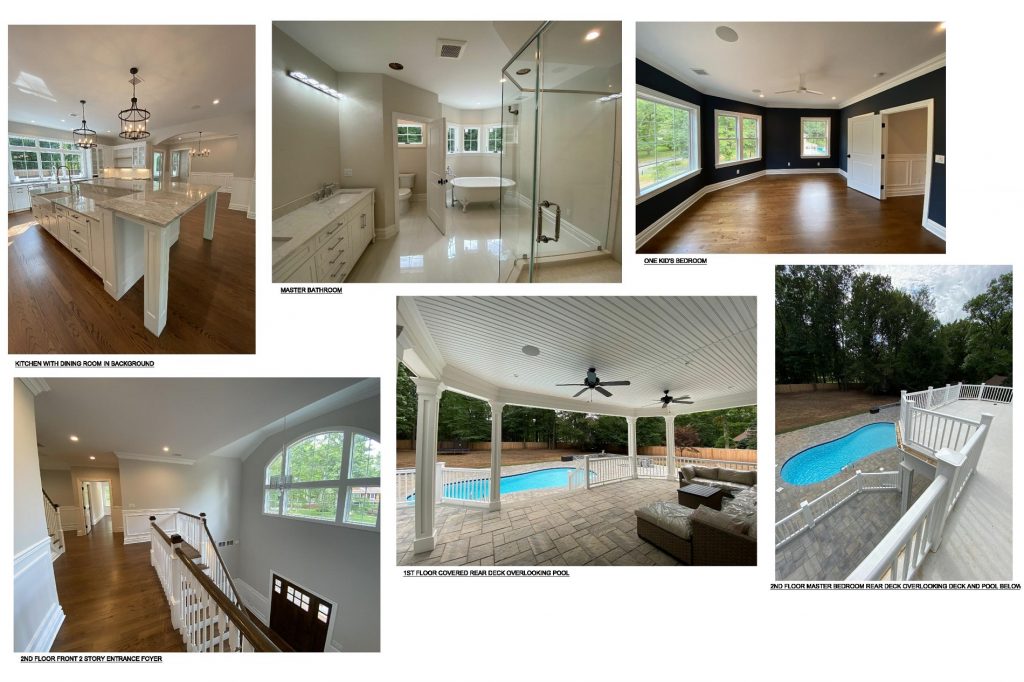 Home
About Us
Our Work
Testimonials
Brochure
Accomplishments
Contact
Locations

With 35 years in this field, PK Architecture is an award winning firm located in Union County providing Architecture, Engineering, and Design/Build services via computer aided design and drafting